What does it mean to build trust in our communities during the covid19 crisis? 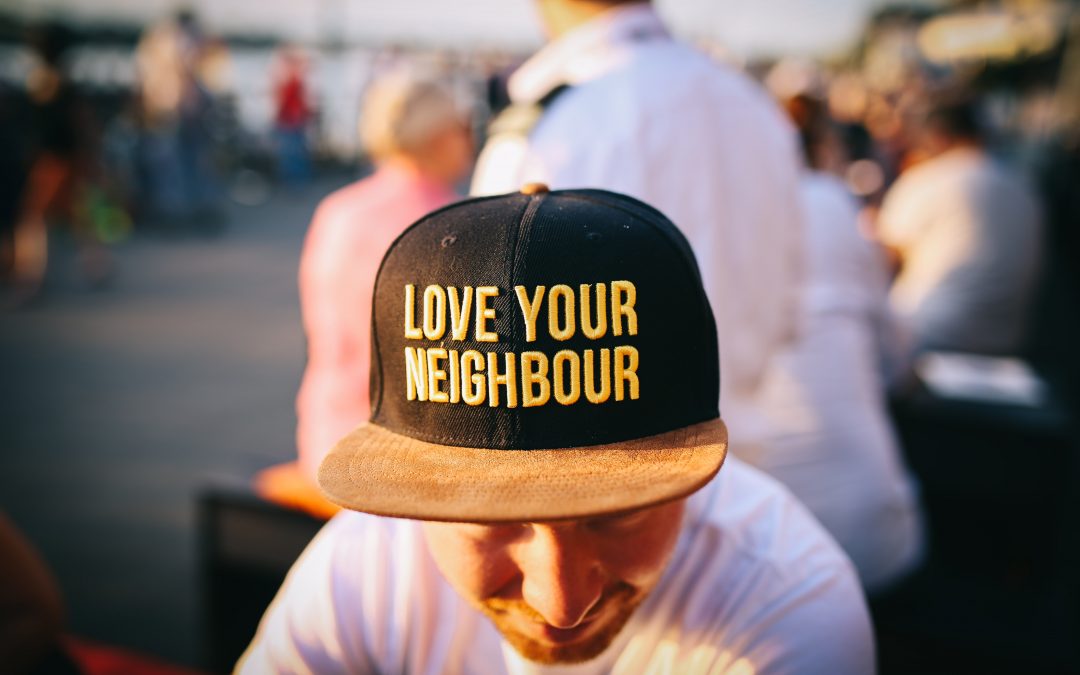 Annika Erickson-Pearson is the Community and Communications Coordinator at the Geneva Peacebuilding Platform. She is finishing her Master’s in Development Studies at the Graduate Institute in Geneva, and focuses her work on urban conflict and gang recovery.

I’ve spent most of the quarantine living in a small house in a small town outside of a small city in a small country. I share this small house with people to varying degrees of immuno-vulnerability. I feel anxiety being around people, even my friends and people I know and trust.

As the world around me reopens, I notice my own feelings change. My first reaction upon hearing that controls would loosen was disappointment. I understand the necessities of creating opportunities for the (small) businesses that make this a thriving community, but I’m terrified of the health implications it has… for this same community.

Covid19 is a peculiar virus, wrapping our destinies all up together into one. The degree to which I take precaution directly impacts the health of the people with whom I live.

Recently, I’ve turned to peacebuilding to help me think through things.

A friend whom I respect recently told me about an agreement she had with four friends during the quarantine. Acknowledging that they were in pursuit of a common good (time together, in person), they each undertook additional precautions to ensure they could be safely together. They were willing to adhere to a set of stricter standards (a cost, to exercise greater caution than usual in day-to-day life) in order to receive a benefit. They built an explicit agreement, committed to it, each giving a little and receiving quite a lot.

Another friend told me a less-successful version of this story. He attempted to pursue a similar plan of action with his friends, but realized one week in that his friends were not understanding “precaution in the same way he did.” What was the difference?

I decided to give this a whirl in my own house and asked that my cohabitators come together for a joint expectation-setting conversation. I had no idea how to structure the conversion, so we fumbled our way through a discussion on the current situation, our fears and hesitations, and aspects we felt confident about. Over the course of the 30 minutes, one person emerged as the more “conservative” in the bunch, advocating for showers upon reentry from being in public, while another the more “liberal,” noting comfort with taking public transportation.

It’s fair to say that different people look at the world, the threat of this virus, and our pathways towards global restoration very differently.

It’s also apparent that in many places, these differences are causing actual conflict. People are protesting in the streets, boycotting businesses for their policies (either too conservative or too liberal), and there even seems to be a growing partisan divide between “mask-wearers” and “mask-abstainers.”

While it might be tempting to think of peacebuilding as a tool that can “only” help us in “places” where there is “actual” “conflict,” we need to reject that framework. (Side note: I’m an American, who moved all the way to international Geneva (Switzerland) to pursue a master’s degree in “development,” whatever that is. I focus on the United States, which, for the record, is in desperate need of peacebuilding and development work.)

If we go back to the more successful example of my friend and her small group of peers, we see a couple of factors. First, they came together for an actual discussion, face-to-face, on screen or person. Discussants were given the opportunity to contribute, but also were expected to listen to one another. Second, this discussion resulted in the explicit definition of variables. What does “extra precaution” mean? What does “safely together” mean? What is off limits? And third, perhaps unknowingly, these friends created a container for future dialogue. That is, if an agreement was breached, there had already been a precedent set for review and discussion around the breach as opposed to gossip or (passive) aggression. The other example likely failed in part because these steps were not followed.

If our destinies are bound up in one another, we must establish regular and open dialogue, which fosters trust and creates healthy mechanisms for feedback.

In our house, we struck a balance between the needs. We decided that for the next two weeks we will enjoy seeing our friends, but see them outside and agree not to go into the homes or apartments of others. We decided to avoid public transportation but be more active about asking for access to the car of one of the house members if we need to get around. We decided that we’ll avoid restaurants for the time being, but reevaluate in two weeks as we see the national statistics. We set up a parameter for a future conversation to review our agreements and adjust given any updates. I can only speak for myself, but I feel safer, less anxious, and more confident, knowing that I am doing my best to look out for those around me and that they are doing the same for me. I trust them.

But can this approach be applied outside of homes or buildings? Can this transcend roommates and coworkers? Of course, I don’t know for sure. But I have an idea.

A friend of mine recently described the situation in his town in the United States. He says it’s come down to a divide between mask-wearers and mask-abstainers, which is creating high tension in the community and even determining which grocery stores are “safe zones” for either side. Of course, as someone who studies conflict, the spatialization of conflict concerns me sincerely. When people start to get protective over their “turf,” our reptilian brain can take over and reduce the likelihood of seeing the “other side” as humans deserving of our attempts to understand.

I wonder if a “grocery store dialogue” could be possible. By this I mean, host a zoom call. Invite grocery store owners from “both sides,” as well as grocery store patrons from “both sides.” Accept those who are willing to commit to civil and thoughtful discourse. Engage a neutral facilitator who is willing to hold all parties accountable to civil discourse. Frame the conversation as both parties sitting on the same side of the table, looking at a common challenge: how can we build a stronger community during the covid19 crisis? Set conversational parameters: if someone starts to yell, they receive an immediate warning that they will be muted if they repeat their yelling, and if they continue to violate the rules of conversation, they are removed. Pose questions to both sides, giving equal time to explain their concerns about the covid19 crisis. Develop a common set of definitions, and eventually, perhaps in future meetings, outline a plan of shared action.

Maybe the concern from some grocers is that 10% of their business comes from patrons who staunchly oppose mask-wearing. Maybe people in the community agree to crowd-fund that 5% of revenue so that the store can become a “masks-only” business, which would bring an additional 5% of business. You won’t know until you ask. And you can’t ask unless there’s a firm but peaceful container for the conversation.

A strong community is just that: a community. A place where people go out of their way to help one another, both in terms of health and economics. Until we begin to better understand the needs of others, we can’t know what “helping them” truly looks like. Peacebuilding can often involve uncomfortable conversations with the “other side”. It helps to remember the alternative, that tensions deepen, the economy suffers, health suffers, and people live in fear and anxiety.

So maybe there’s a “turf” conflict happening where you live. Is there a possibility for dialogue?

Anyone can be a peacebuilder. You just need to start where you are.

Continue the conversation with Annika: